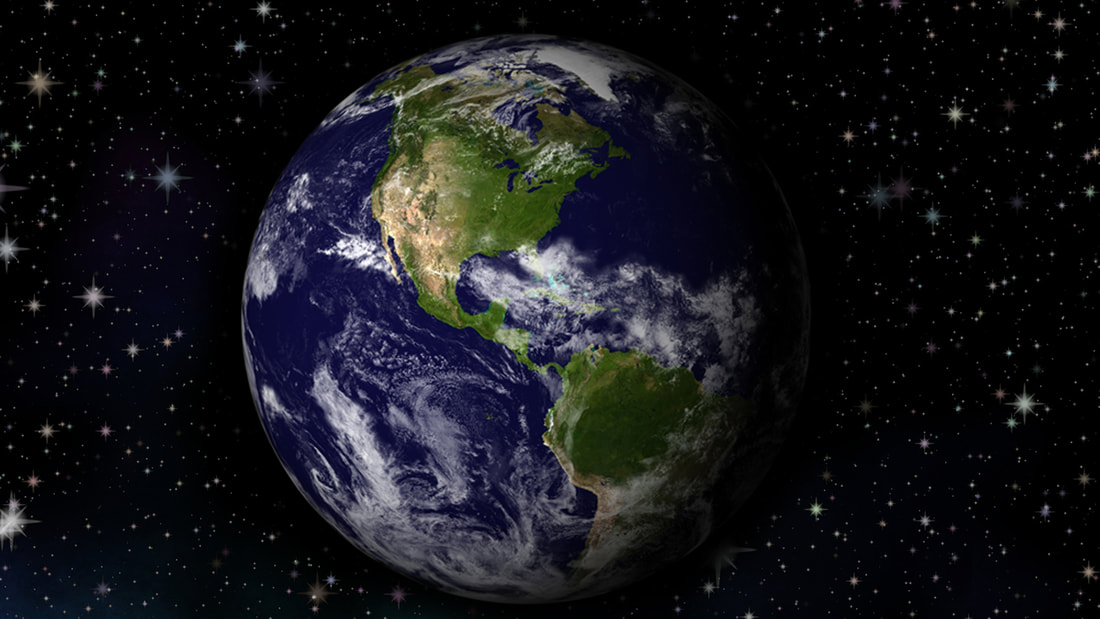 ​Gaia is the name of the ancient Greek goddess of the Earth. And also the name by which this planet is known in our Universe.

I describe the creation of Gaia as I understand it in my book, One Day: "Gaia. Earth. It was a Star. In form. With a bubble around it to protect it from other thought forms. It was an energy bubble. We created an energy field around our planet to hold in all that would be created within that bubble We created a cocoon, a womb."

This awareness of how intimately we are co-creating our own living conditions with our earth is becoming clearer and more powerful. A Google search of climate change brings up 181 million results - yes, it appears that climate change is a real thing, regardless of the denials from politicians or other leaders. We are seeing and feeling the effects of warmer temperatures, disrupted weather patterns, rising ocean waters, greater and more numerous natural disasters.

So what do we do about this?!

One natural response to this situation is Fear. I don't need to list the things you can be afraid of - any news channel will give your mind plenty to chew on about environmentalism!

The other response (that perhaps takes a more conscious choice) is Love.

​Which is always coming from a deep sense of Trust in the infinite perfection of existence. A knowing that  All Is Well . All is exactly as it is meant to be.

And it's simply a choice in each moment to focus on what we CAN control - tapping into our own individual power, with all that we have the ability to directly impact in our daily lives and experiences.

As each of us steps into our own Truth and Power, bringing our clarity and our gifts forward...

THEN we can really start "functioning as a single system, a single organism." One living, breathing, cohesive unit of energy - a humanity that honors our earth and a planet that flourishes in her support of humanity. 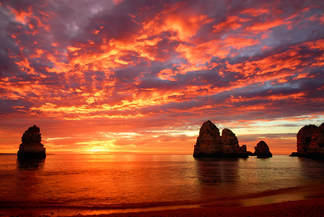 ​My answer is - you are already whole and complete.

See yourself as healed.

​And then align with the action steps that present themselves from that KNOWING that ALL IS WELL.

It sounds so simple... and it really is so simple. When we start from a place of knowing that everything is happening right here in this now moment and everything that is happening is absolutely perfect, then we can start to relax. We can come back into a place of trusting. We can start allowing... flowing... aligning with the natural rhythm of our Universe. And solutions come forward that we couldn't see or even dream of before in that place of everything feeling broken, sick, or stuck. 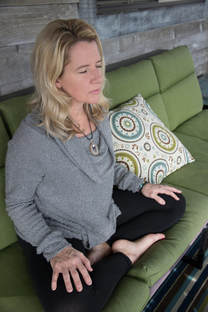 For most of us, the hardest part is first finding this place of knowing that all is well. Our "reality" around us is giving us tons of evidence that things are NOT well, and so coming to a quiet internal place of seeing ourselves and our planet is healed... umm, how?!

Bridging this  gap between what we believe or see to be possible (the spiritual / energetic)... and what's really happening here in this moment (the physical)... that is where we find our own power and steadiness.

And everyone's process for bridging the gap is different. Different tools work well for different personality types. You might already have those processes in place and have a daily practice that works great for you! (If so - WOOOHOOOO!! Keep on going, my friend!) Or you might be looking for pieces to add to your practice.

My daily practice is meditation (spiritual / energetic) and being intentional in my thoughts and actions (physically expressed through intention grids).

This blend of seeing the spiritual and then manifesting in the physical is what I guide others into through individual coaching and community gatherings. Every Sunday morning, I show up and combine meditation and intention-setting (through grids) in a virtual group format.

And now for the logistics... 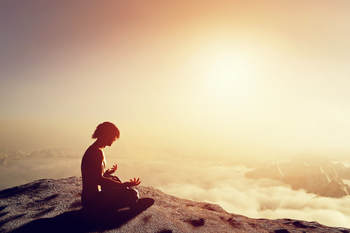 Quite simply, the meditation hour offers a weekly pause and re-set for our Human-selves. We let go of life's chaos and activity, and re-align our physical and spiritual selves.

On Sunday mornings at 10am ET, we all call into the same phone number or access a unique weekly weblink, lines are muted, and I guide our group through a live clearing and healing visualization / meditation. A theme always presents itself for the call, and I trust that message is needing to be heard by all who gather in community.

​For those whose Sunday mornings are already booked, the vibration of the meditation and the space that I hold is directly attached energetically to the call, which makes the replay a powerful space to step into at any time. Claim an hour for yourself later in the day and you will easily drop right into the cocoon we co-create that morning. And the visualization process we follow can be applied easily into your own meditation time during the week.

The topics change each week, just like life does, as I tap into what is happening in our collective energy here on Gaia / Earth. And we recharge as individuals but within this beautiful community that provides a powerful clarity and love. 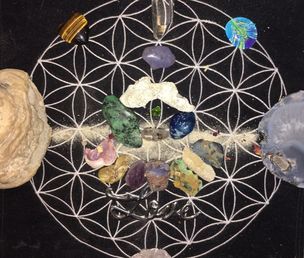 11-1-2017 Grid for Gaia and Humanity.
When we were little, many of us played outside in nature, completely tapped into the "single system" of earth and humanity. I remember gathering sticks to be warrior-fighters with my brother, skipping pebbles across the water as I sent wishes along with them, digging my little hands into the mud to make yummy "pies" that my sister and I would pretend to eat. The elements of the earth held my intentions and allowed me to dream and play with unlimited imagination.

Over the past few years, I have found a way to play again with intention and elements, through intention grids. If this idea is new to you, no worries - I made a Healing Our Souls video about it at the beginning of 2017, sharing the process and walking through my own intentions for the year ahead.

Intention grids can be as simple as a small piece of material with a stone or two you find outside that feel good to you... or as big as a room-sized rug with stones all over! It's about holding the process as sacred or significant to you, and then putting intention into each step of the process, each stone or object you use. There is no wrong way to make an intention grid, if it feels good to you. Hold a photograph of someone you love or of our planet, Gaia, on your lap. Or set up an altar (also a form of an intention grid!) with an image of one of your favorite places on this planet. And then send love to that image, that place during the meditation.

​Trust whatever ways you feel your connection to Self and to Gaia wanting to be expressed in the physical form.
​For our weekly call, I am creating an intention grid before we begin. It may have one stone on it or it may have a bunch - I'll know in the morning what feels right. And then during the call or after we are complete, I may add to it or move things around. I'll trust what I'm feeling from our co-creative space (energetically) and reflect that on the grid (physically).

If you have a photo of your grid that you'd like to share, post it in the Soul Shine Tribe on Facebook. Or add your intention or reflections to the comments for our grid. Everyone's energy and vibration are felt and included in the meditation community, so your words are valuable.

This is how we practice "stepping into our own Truth and Power, bringing our clarity and our gifts forward...

THEN we can really start "functioning as a single system, a single organism." One living, breathing, cohesive unit of energy - a humanity that honors our earth and a planet that flourishes in her support of humanity."

The exchange for each week's call is $11.
As we co-create these experiences together, you will be activating your healing each week in the moment you choose to show up for the hour for yourself. My suggestion is to pause for a moment each time you are here and connect in with your heart. Make a conscious choice about your commitment and intention to yourself for your meditation hour with me.

Doreen Virtue offers that 11 is the number associated with "keeping your thoughts positive because your thoughts are manifesting instantly into form."

The way we do one thing is often the way we do all things, and so healing whatever is ready to shift in one area during the meditation then ripples awareness out into other areas of your life in the days following.

Replays of past calls:

You can explore the library of past Gaia's Crystal Grid Meditations here. Each replay is available for an exchange of $2.22 (the number of Mastery). Enjoy! xoxoxo
If this is your first time joining our weekly meditation call, please sign up below to receive reminders in my News and Reflections.
Let's Stay Connected!